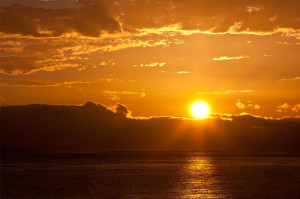 I have been reflecting lately on the process of change in therapy and on the complexities that may occur over time as we focus on change in different ways.  Clients often begin therapy with one of two underlying questions: “what’s wrong with me?” or “what’s wrong with my life or the people around me?”.  The first question focuses attention on the need for internal change and the second question assumes a need for external change.

When I began therapy in my 20’s, my underlying question was “what’s wrong with me and how can I fix it?”.  This question was more implicit than explicit, but I assumed the blame and responsibility for the difficulties I was facing at that time.  My therapist helped me identify my distress as linked with patterns of coping that had been in place since early in my life, and as I shifted these patterns my distress was lessened.

Like my first therapist, when I work with clients who enter therapy with the implicit question of “what’s wrong with me?” I look for ways to help them shift to the question “what happened to me and how was I affected by that?”.  This helps to relieve some of the harsh self-criticism that accompanies the original question, though there may be a heightened sense of helplessness in facing the lack of control clients had over their early life circumstances.  As they gain understanding, though, there is a growing sense of agency in developing alternative ways of managing the familiar symptoms and responses that may have been present for a number of years.

Other clients enter therapy with an implicit or explicit question with an external focus, sometimes with a desire for change in another person or in circumstances outside of their control.  When clients present with the question “what’s wrong with my life or the people around me?”, we often look for ways to encourage their awareness of the impact they have on others and the situations that are the source of distress.  This may be the client’s interpretation of events, responses that exacerbate conflict, or expectations that don’t match the current situation.  We gently explore the client’s part in the creation of distress while clarifying the differences between the outcomes that are desired and those that are possible.

Both of these questions, whether explicit or implicit, imply that blame or fault can be identified in oneself or in others and that a solution will be forthcoming once responsibility is established and the wrong is corrected.  It is easy to get caught up in this process, looking to balance the client’s misguided assignment of blame as belonging solely to self or other by pointing out other contributions to the client’s difficulty.  Someone who is harshly criticizing themselves pulls for us to point out the role of their past family experience or the actions of others, and someone who is blaming toward others pulls us to identify ways in which the client is contributing to their difficult situations.

This interplay between an internal and external focus of change may change during the course of a therapy, but it is difficult for us as therapists to avoid the polarization of blame and fault as lying within the client or within the other when the client holds a polarized view.  One of my clients had tremendous difficulty making changes in her responses to interpersonal situations, even though she could recognize rationally the need to do so.  I discovered and began to interpret that she held an unconscious belief that she was bad or wrong and that when she approached the need for change, she felt confirmed in that belief which then led her to resist the need for change.  She acknowledged that this was the case, but she continued to have difficulty following through on the steps she took that led to improved relationships.  I had only moderate success in encouraging her to take a more nuanced view of the connection between change and blame.

At other times, it may be challenging for a therapist to make a shift in focus from internal to external change, even when that is necessary. I was in therapy during a period of my life that was especially difficult due to external circumstances. I alternated between blaming myself, wishing desperately that the circumstance would change, blaming those I saw as responsible for the circumstances, and trying to shift my view of and response to those circumstances.  Eventually it became clear that I needed to make a radical change in my life in order to address the pain and distress that had begun to dominate my life.  That change included ending my therapy, which was also painful, due to my therapist’s focus on my role in the circumstances without recognizing that I had reached the end of my ability to cope effectively with the circumstances and that I needed to shift to viewing the impact of the present circumstance on my mental and emotional well-being.

I hope these reflections encourage you to look at the complex nature of the client’s focus on change as primarily internal or external.  One of the things that helps me stay on course is to notice when I begin to think in either/or terms and to remind myself that it’s usually both/and.