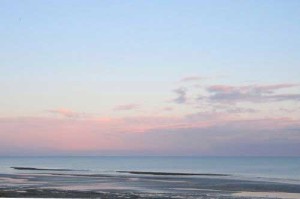 In the recent weeks, I’ve had several experiences with clients which have challenged the capacities of both of us to face intensely painful feelings.  These experiences have led me to reflect on the interconnected nature of our lives with our clients’ lives even when we maintain clear professional boundaries.  I share my thoughts in the hope that they spark your personal reflections about this aspect of being a psychotherapist.

As a new therapist, I was thrilled that my clients shared themselves with me in ways that enabled me to enter their psychological and emotional world.  This gave me an experience of deep intimacy that I found fulfilling and that had been mostly lacking in my relational life to that point.  Over the years, I have shared my clients’ experiences of the vast array of emotions, interpersonal relationships, and existential dilemmas that come with being human.  I feel more touched at some times and by some clients than others, and most of the time I don’t carry the impact of my sessions outside the office.  I have well established professional boundaries and am practiced at maintaining a healthy separation between the personal and professional aspects of my life.

The recent experiences that have challenged my capacity to hold painful feelings have involved present day situations in which my clients have faced a significant health crisis with an uncertain outcome, deep disappointment and shame resulting from behaving in contradiction to their values, and a conflict between longstanding goals and the reality of living with the choices leading toward those goals.  Some of the factors that have led to the intensity of my emotions in sitting with these clients are the evolving and uncertain nature of the situations, the limited number of people with whom the client feels able to share their dilemma, and the sense that the decision they make will make a very big difference in the course of their lives.  I feel there is a lot at stake and that my clients are relying on me to witness and accompany them through the decision making process.  I hold a realistic view of my power and responsibility in these situations, not viewing myself as omnipotent or the only person in my clients’ lives but recognizing the authority and trust they are placing in me to walk beside them in these crises.

A challenge I have faced is that I am limited by my professional boundaries in sharing my painful experiences with others.  I can and have shared some aspects of these situations with my peer consultation group and have shared aspects of my own emotions with close, supportive friends.  While these interactions have been supportive and have lessened my feelings of burden and isolation, I am still ultimately alone in sessions with my clients hearing and feeling their pain with them, being reminded of my own experiences that are similar to theirs, and in the case of my client in a health crisis, anticipating the possible loss of someone toward whom I feel tremendously fond after more than a decade of working together as therapist and client.  I have reminded myself of my faith in and experience of a force that surrounds all living creatures with love, and this has been comforting.

If you are a therapist who shares some of my experience, I encourage you to reflect on the resources that support you as you sit alone with your clients and with the emotions that are stirred in both of you.

I have been seeing a client in therapy for over six months.  He was very depressed when he came in, and his depression has improved though he still scores in the mild range on the Beck Depression Inventory.  I’m not sure what more to do to help him continue his improvement.  It seems like therapy has reached a plateau.

The topic of the therapeutic relationship is covered in Chapter 11 of my book, which reviews different aspects of how therapy evolves over time.  In this case, you report significant improvement followed by a period when the symptoms are remaining stable. I can recommend several things to consider at this point, to help you and the client understand the meaning of this plateau.

I would first suggest that you talk with the client about your perception that his symptoms have reached a plateau.  He may be aware of subtle changes that aren’t reflected in his BDI score, indicating that change is still taking place during this period.  If he does report that the pace of change has slowed, you can ask him how he understands this and engage in a collaborative discussion that may result in some insight into the next phase of therapy.  Two specific areas for discussion would be his feelings about the changes that have occurred since he began therapy and an examination of the function his remaining symptoms may serve in his life.

Discussing your client’s feelings about the changes he has made may identify some ambivalence or some discomfort with what is unfamiliar to him.  Although improvement in depression is desirable and is probably the primary goal you and he have worked toward, there are times when change can feel uncomfortable or even frightening.  If he is handling situations differently, he may need some time to adjust to his new approach or a new way of thinking about himself and others.  It’s possible you don’t need to do anything more; instead this pace may fit your client’s needs.

If your client indicates that he feels stuck or stalled in his progress, I would recommend that you reflect together on the function his symptoms may serve.  In some cases, clients come to recognize that their identity is associated with being depressed or that they are repeating a pattern from their family of origin or that being free of depression may increase the expectations they and others hold for themselves.  These factors are usually outside of awareness, so this examination may unfold over several sessions.  The client’s history and current life circumstances may provide you with some ideas of how depression may serve a purpose.  For example, he may feel closer to a depressed parent or sibling when he is also depressed or he may be avoiding the pursuit of a different job or entering into a new relationship.

It is possible that discussing these issues with your client will result in expanding or shifting the focus of therapy to incorporate your perspective on this plateau of symptoms.  You might begin to talk more about the client’s sense of identity, his childhood experiences, or conflicts in his work or relationship life.  You also might find that the client needs to learn and use different strategies for managing his symptoms in light of the new insight you and he develop together.  This isn’t a matter of you figuring out what to do, but you and the client working together to discover what he needs to continue his healing.

I am starting work at an agency that uses the DSM-V or 5 rather than the DSM-IV which I have been using at my previous agency.  What should I know about the changes between the two versions?

The DSM-5 (it is “5” rather than “V”) was published in May 2013 but many agencies are not yet using it or are just beginning to transition to the new version.  There are a number of structural changes in the organization of the DSM-5 and a number of revised or new diagnoses as well.  The DSM-5 itself contains a summary of the changes in an appendix, which you may find helpful to review.  In addition, I recommend that you look up the criteria for each diagnosis as you begin to use the DSM-5 to make sure you are applying it correctly.  I have summarized the structural and diagnostic changes below.

The DSM-5 no longer uses a five axis diagnostic system as has been true in DSM-III and DSM-IV.  Instead of five axes, you list the mental health and substance use disorders that apply in the order of their clinical relevance to your treatment, followed by listing the client’s medical conditions.  Many of the psychosocial stressors that were previously listed on Axis IV are contained in an expanded section of “other conditions” called V codes or Z codes so they are included in your diagnostic list.  The GAF is no longer used, but several assessment measures are included in the DSM-5 as alternatives to the GAF for assessing the client’s level of functioning.

Some diagnoses are combined on a continuum with codes for severity rather than having different diagnoses corresponding to different levels of severity.  Autism spectrum disorder and substance use disorders are two commonly used diagnoses that have been changed in this way.  The DSM-5 calls this a dimensional approach to diagnosis rather than a categorical or binary approach. Instead of “alcohol abuse” and “alcohol dependence” disorders, DSM-5 uses “alcohol use disorder” with a code for severity based on the number of criteria met by the client’s use.

The organization of diagnostic categories has been revised so that the categories are more clearly differentiated from each other.  For example, all disorders formerly in the category of “disorders usually first diagnosed in infancy, childhood or adolescence” have been moved to the category of the diagnosis itself (e.g., attention deficit hyperactivity disorder moved to neurodevelopmental disorders).  In addition, some categories have been divided into two smaller categories (e.g., bipolar and depressive disorders, anxiety and obsessive-compulsive & related disorders) or have been combined differently (e.g., trauma & stressor related disorders).

The category of “Other Conditions” has been greatly expanded to cover some of the conditions previously listed on Axis IV as well as other historical and current situational circumstances that may be relevant to the current treatment.

This is a very brief summary of the changes between DSM-5 and DSM-IV.  As mentioned above, you should look closely at the diagnostic criteria for each client’s diagnosis when you begin using the DSM-5 and also look at the listing of categories and diagnoses to see if there is a new diagnosis that fits your client’s symptoms more closely than a diagnosis which is familiar to you from the DSM-IV.

I hope you found this blog to be a helpful introduction to DSM-5.  Please email me with comments, questions or suggestions for future blog topics.