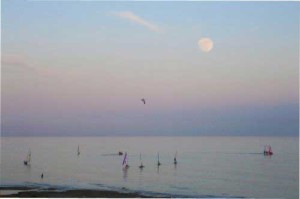 A common issue that arises in my supervision with therapists in training is whether and when to disclose personal information to clients.  There is no general rule about self-disclosure in psychotherapy, but it is important to be intentional and thoughtful in these decisions.  This blog will describe different decisions I have made and how I reached those decisions.

One situation in which I chose to disclose was with a client who is about my age and who has a pervasive sense of rejection and inadequacy.  She lives with a serious mental illness and receives psychiatric and supportive housing services from the county mental health system.  She regularly perceives service providers as being condescending and treating her as inferior.  Early in our treatment, she talked about concerns related to her teenage son, who she raised until he was ten and then gave guardianship to her brother when her mental illness became serious enough that it interfered with being consistently available as a parent.  Her tendency was to personalize his focus on school and peer relationships and felt excluded by her son and her brother.  I worked on this issue with her in many ways, but one aspect of our discussion was that I self-disclosed that I also had a teenage daughter and had experienced some of the same issues she described.  My choice to disclose to her was based on my knowledge and experience that providing less personal information about adolescent development wasn’t reassuring to her because of the intensity of her sense of inadequacy.  She was vulnerable to perceiving her son’s normal adolescent shift in attention and focus as a reflection of her inadequacy as a parent.  We had worked together long enough for me to know that she respected me but also saw me as a peer who didn’t need to assert authority over her.  I didn’t give her details about my relationship with my daughter, but simply shared that I was familiar with some of what she described due to having a daughter about the same age.  She seemed reassured by this and became somewhat less self-critical and resentful.  As time went on, she sometimes asked if I had experienced something she described and I answered her honestly.  She didn’t pry for details and I didn’t volunteer more information than she asked, but it did seem to give her more confidence in my statements about the meaning of her son’s behavior.

A second situation in which I chose to self-disclose was when I felt a client needed to know the basis of a mistake I made in her therapy.  A client who I had seen for a couple years stated she wanted to reduce her sessions to every other week, shortly after she gave birth to her second child.  She said it was too hard to arrange her schedule to come every week, and I agreed to this change in our schedule.  Uncharacteristically, I didn’t explore her decision in much detail or reflect myself on the multiple meanings this reduction in frequency might have for her.  At the time of this interaction, I had recently become an empty nest parent after my younger child went to college.  Part of my adaptation to this change in my life was to focus my attention on supporting my daughter’s independence and autonomy, despite my own feelings of sadness and loss.  A couple months after my client had reduced her session frequency, I noticed that she was reporting high levels of stress and a return of symptoms that had been managed before her child’s birth.  I mentioned this and said I thought we should consider returning to every week.  My client expressed surprise that I had agreed to reduce her sessions and said “I don’t know why you did that” with some anger.  In that moment, I made the connection between my personal empty nest adaptation and my hasty response to my client’s suggestion.  I decided I needed to acknowledge my mistake and disclose my understanding of why I had made it.  As in the previous example, I said only a couple sentences about the context and apologized.  My client said “I thought there must be something going on; it’s not like you at all.”  We returned to meeting each week, the client’s symptoms again improved, and we continued to work together productively.

In a third situation, my brief self-disclosure was in response to a question from a client.  She was describing a relationship difficulty that was similar to something I had experienced in the previous few years.  I didn’t disclose my experience, but I did use it in my response to her.  I said something like “I can imagine you might feel…” and went on to describe my understanding of what was getting in her way.  My client said “I have a feeling you’ve experienced something like this” and I responded “yes, I have.”  She then returned to her feelings and conflicts and didn’t refer then or later to the parallel in our experience.

One of the common aspects of these three situations is that I had worked with each of these clients for at least six months.  We had established a therapeutic alliance that was not based on my self-disclosure, and I had a good understanding of their issues and how they would respond to having personal information about me.  It is more difficult, generally, to be confident about the impact of a self-disclosure when it occurs early in treatment.  The potential for the client to feel distracted by knowing personal information, to feel the therapist has shifted the focus of attention away from the client, or to make incorrect assumptions about the meaning of the therapist’s self-disclosure are greater when the therapeutic alliance hasn’t been firmly established.

I hope these examples contribute to your consideration of self-disclosure in working with clients.  I’m happy to get any feedback you’d like to share with me.